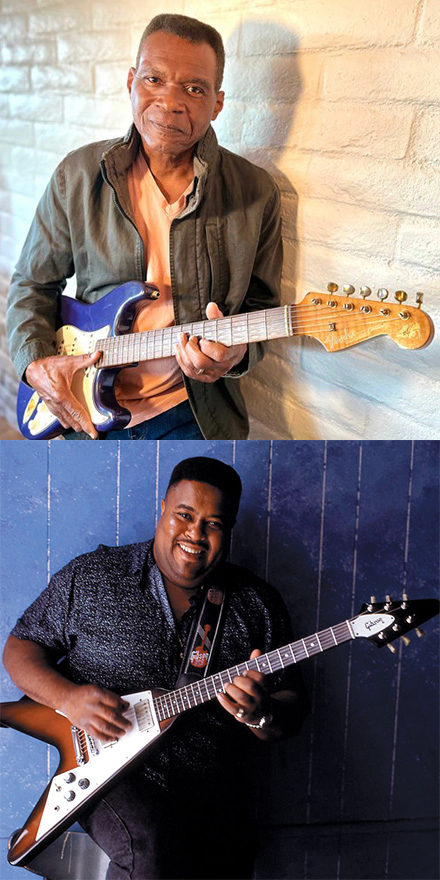 
Legendary guitarist and singer-songwriter Robert Cray returns to Big Top Chautauqua. Regarded as one of the most commercially and critically successful blues artist of his generation, Cray has remained a dominant force for over forty years due to his soulful and creative guitar work, alongside uniquely blended elements of rock, soul, pop, and traditional rhythm and blues. A five-time Grammy winner, Cray has written and performed with everyone from Eric Clapton and Stevie Ray Vaughan to Tina Turner and Chuck Berry, has made numerous appearances in TV and film - including 1978’s National Lampoon's Animal House, released 20 acclaimed studio albums and a bundle of live albums that punctuate the Blues Hall of Famer’s career.

On the strength of his breakthrough album, Strong Persuader, between 1986 and 1992 Cray landed eight singles in the Top 40 on the American Rock charts, with two of them - "Smoking Gun" and "Don't Be Afraid of the Dark" - rising to number two and number four, respectively. What sets Cray apart from his peers is his consistent ability to test his talents through innovative artistry that rises from American roots, blues, and soul fused together with his dazzling voice. His latest release, That’s What I Heard, described by Cray as “Funky, cool and bad,” celebrates the music of Curtis Mayfield, Bobby “Blue” Bland, The Sensational Nightingales and more, alongside four newly written songs. The Robert Cray Band features Richard Cousins (bass), Dover Weinberg (keyboards), Terence F. Clark (drums), and Steve Jordan (drums, percussion).