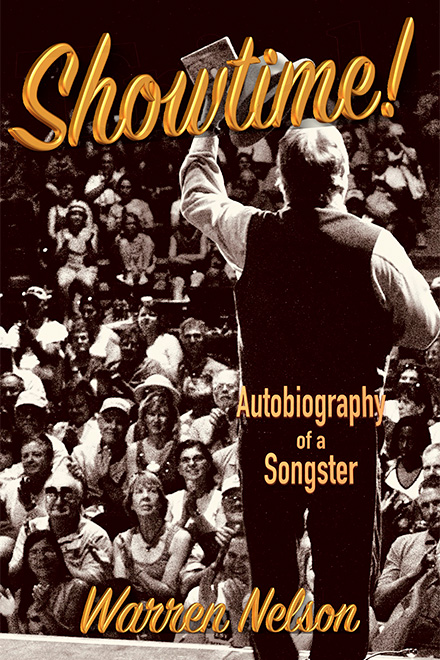 
Join Warren and his friends as they celebrate the release of his new book SHOWTIME! Autobiography of a Songster with a concert of his songs from his 55 years as a professional entertainer/songwriter and creator of musicals. Joining Warren will be Chautauqua musicians Ed Willet, Otis McLennon, Randy Sabien, Jack Gunderson, Severin Behnen with special guests Ron Lundquist, Rex Loker, Petra Marquart, and Dave Nordby, original members of his group the 10th Story Window who traveled nationally from 1969 to 1971.

“I started in the early 1960s playing folk music with groups I formed in my hometown Fairmont, Minnesota and had my first professional experience with my group Nellie’s Folk playing a 10-week stand in the Burning Hills Amphitheater in Medora, North Dakota. I changed our name to the 10th Story Window in 1968 and we played pop tunes of the day as well as my original songs. Our highlight was playing at the new International Hotel in Las Vegas in August 1969 warming up for the Ike and Tina Turner Revue and Wayne Cochran and the CC Riders. Elvis Presley was performing in the next show room. I met Elvis twice!”

“In 1980 I moved to Bayfield County WI and performed across the northland with the Lost String Band. Lost Nation was the heart of Big Top Chautauqua when I founded it in 1986. The book will be available for purchase at the concert or at my website www.warrennelson.com. I hope to see you at the show.”